The Merit of Wholehearted Generosity Practice

This Dharma experience was delivered during the ceremony
of the 45th anniversary of the founding of the Brazil Dharma Center, 2016. 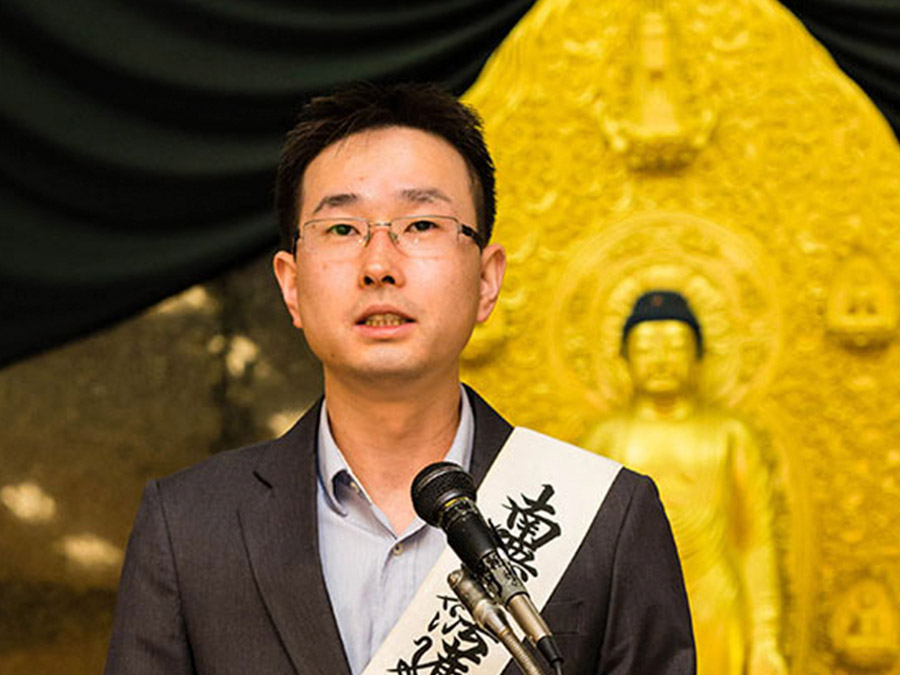 Mr. Shida delivers his Dharma experience during the ceremony of the 45th anniversary of the founding of the Brazil Dharma Center in 2016.

My name is Yujiro Shida. I work as a computer-related system consultant, and I am married.

Today, we celebrate the ceremony of the 45th anniversary of the founding of the Brazil Dharma Center, so I would like to share my story about what happened to me around twenty years ago.

One day, Rev. Mori used an example that was so impressive, I remember it even now. It was brought up during the time when he taught us about the Six Perfections.

Regarding the first teaching of the Six Perfections, Donation, Rev. Mori taught us as follows: “We all wish for happiness. Desires for money and other material things are like water in a bathtub. If we try to draw water toward us in the bathtub, wishing for more, then the water will escape, passing under our arms. How about reversing the flow of the water? If we keep on pushing out the water forwards, it returns to us.”

I remember his teaching even now, and I’m willing to wholeheartedly practice donation with gratitude.

Several years ago, I began to search for a profitable business, making a greater effort than I ever had. At that time, greed had gotten the better of me. Then I found a business opportunity and invested a lot of money in it. However, the business did not do well. I disagreed with my business partner, and I became irritated and unrestful at home. My wife understood my feelings very well, and supported me without complaining. She never blamed me or complained when I lost money or failed in business.

Finally, at the end of 2014, I gave up this business, losing all the money I had invested.

To make matters worse, soon afterwards, the landlord of my father’s rented house suddenly told my father to move out. The landlord wanted to use the house for his own business. So my father had to hastily find a new house. It was a truly shocking incident. For about thirty years, my father had run a massage business there. We family members had known that we would have to move out from the house someday, but this was just too sudden. The landlord allowed us to take one month to leave the property. During this period, we had to find a house, then make a contract, raise money, and take out a bank loan to supply the funding deficiency. We worried about whether we could do these things in just a month.

All of us family members united in an effort to solve this major problem. As a result, we had an incredible experience of the Buddha’s arrangement. We were able to find a house. The house was so ideal for both his job and charitable work that he could continue; it was just what my father had wished for.

I had to meet the disbursements with all my money in order to purchase the house, but I still was capable of making a donation to the Dharma center. I believe things developed in the positive manner solely due to all my family’s practice of donation. My father is the best model for me, and he started the free treatment for asthma program for the first time in the Dharma center. My elder brother, Koichi, has been doing his best as a leader at the Dharma center.

For the past several years, I had been too busy with my job to participate in the seminar on Buddhism at the Dharma center. Last year, however, thanks to the Buddha, I was given an opportunity to participate in the seminar once again. I’m grateful for the seminar. Through studying the karma and the teaching that “all things are impermanent,” I could understand more clearly about things that had recently happened to me, such as the fact that my business didn’t go well, and that we were able to find my father’s house and purchase it. To be more specific, I learned how I should view things and accept them according to the right view from the Eightfold Path. In the case of someone who would hurt me, I would not blame that person or have any ill feelings toward them.

In particular, I love to do my job. I would like to vow to become the kind of person who can help many people as my father does, reducing my selfishness little by little each day, working harder, and aiming at the mutual benefit for all. 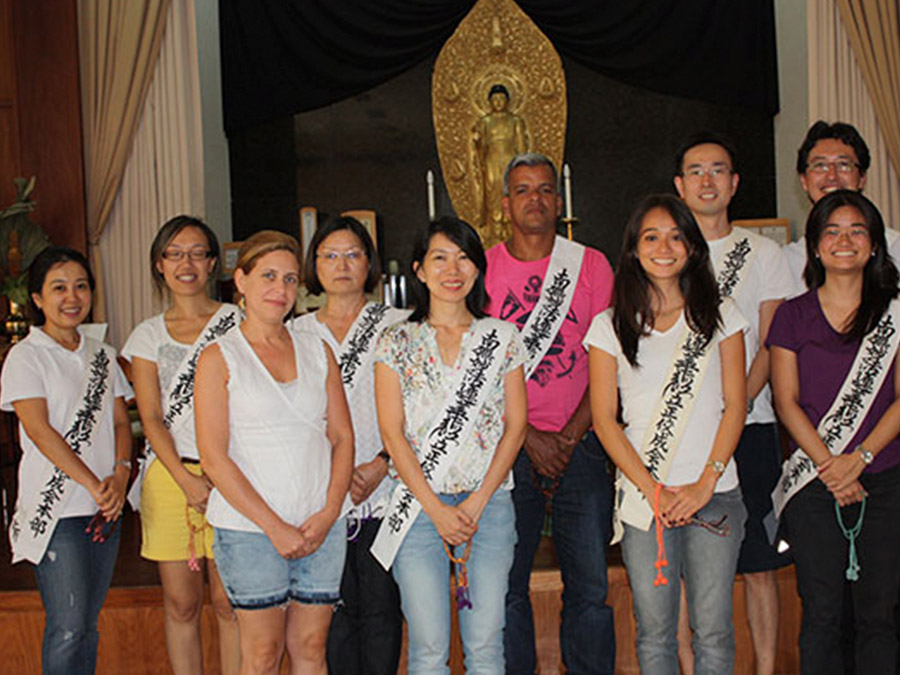 Mr. Shida (the second from right in the second row) participates in the seminar for the Associate Dharma Teachers.