In the UK, Nichiren Buddhism is rising in popularity and has a growing membership. Rissho Kosei-kai (RK) is often thought of as part of this movement. While this is true,  we are not keen on labels and prefer to see ourselves primarily as Buddhists who are followers of Shakyamuni Buddha.

We also believe that there is no uniformity in the faiths and practices of Nichiren Buddhism.

In Japan, where Nichiren Buddhism was born, the various sects have developed over 700 years. Although the academic examinations of their doctrines have been relatively accurate, some think Nichiren Buddhism is a more extreme interpretation – with the argument that Shakyamuni is no longer the Buddha for us; Nichiren is the Buddha.

In the UK, where Nichiren Buddhism was promoted and spread in the 20th century, information about some of the sects had started to be known, but in Japan, there are still sects with a long tradition of several hundred years that are largely unknown in the English-speaking world.

Attempts have been made to provide comparative studies of Nichiren Buddhism for practitioners in the UK, but these are dominated by only a few interpretations and so are unobjective. This could also be because they do not use Japanese-language sources.

As a result, those who aspire to practise Nichiren Buddhism in the UK tend to be forced to pursue their goals in a vortex of biased, unclear information.

We want to share, as objectively and concisely as possible, a general picture of Nichiren Buddhism based on both Japanese and British sources, so that practitioners in the UK may be able to pursue their practice from a more unbiased perspective.

We also give a voice to those ideas which differ from our own about the faith in general and some specific topics such as O-daimoku, Gohonzon and life and buddhahood. 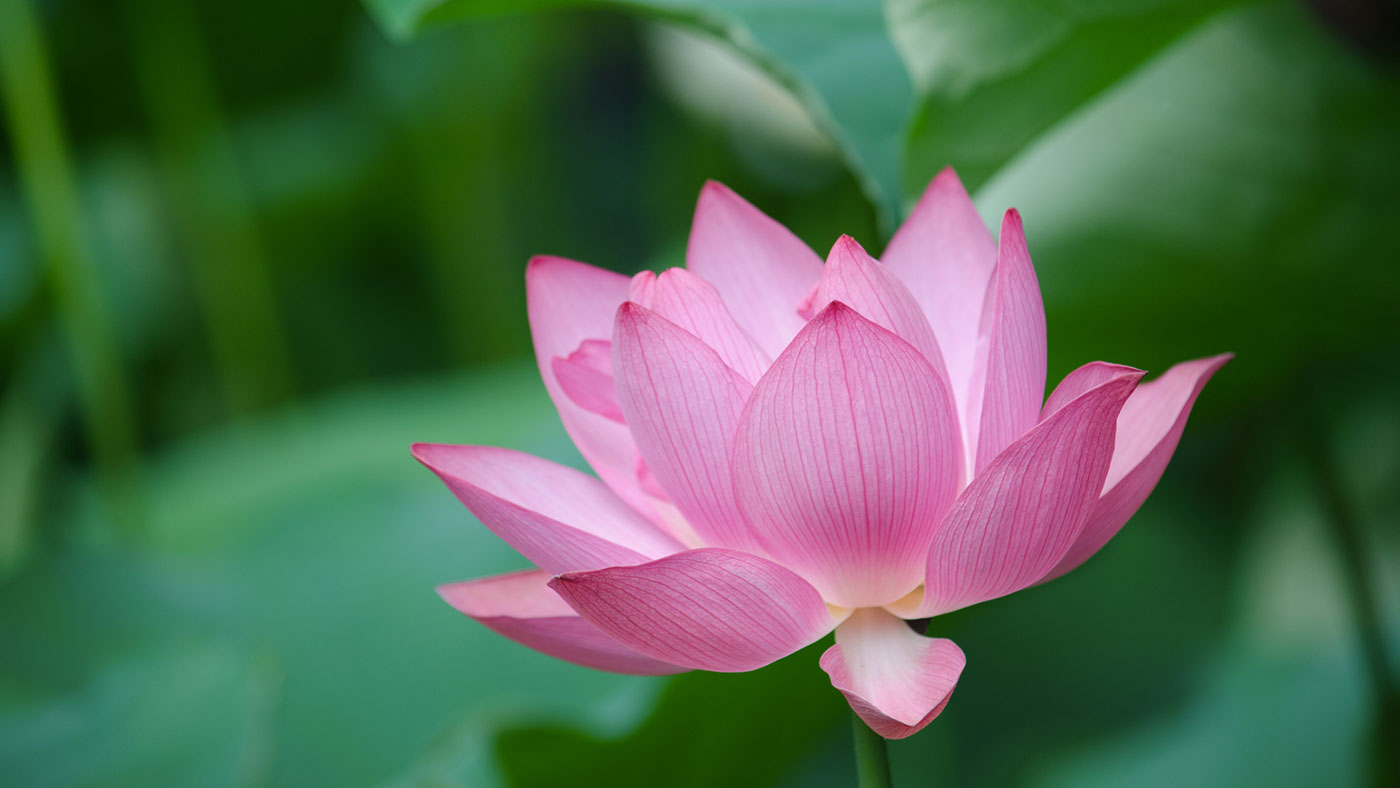 What is Nichiren Buddhism?

Nichiren Buddhism is broadly characterised by its teachings centred on the Lotus Sutra (the main scripture), the respect of the 13 century Japanese monk Nichiren and the chanting of O-daimoku.

According to the Yearbook of Religions 2020, published annually by the Agency for Cultural Affairs (a special body of the Japanese Ministry of Education, Culture, Sports, Science and Technology), there are 39 Nichiren Buddhism denominations with a total of 12.3 million followers and more than the 23 Zen Buddhism denominations with 5.7 million followers. These include: Nichiren Shu (3.6 million in Japan), Nichiren Shoshu (0.8 million), Nipponzan Myohoji (unknown), Reiyukai (1.2 million), Rissho Kosei-kai (2.3 million), and others with activities in the UK.

The Soka Gakkai is also considered to be Nichiren Buddhism, although it has not been reported to the Agency for Cultural Affairs. Bussho-Gonenkai (1 million) and Myochikai (0.7 million) have a sangha of a certain size in Japan but do not proselytise in the UK. 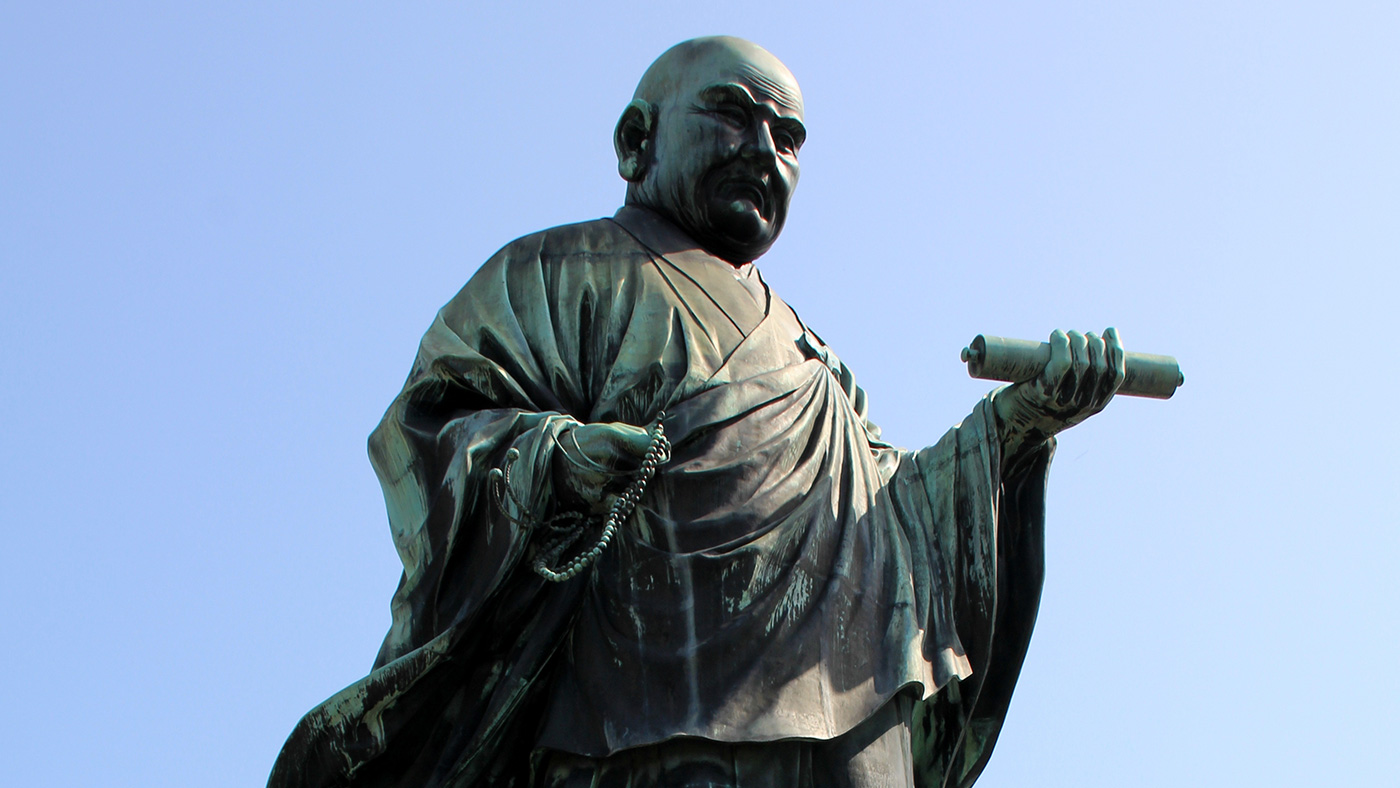 Born on 16 February 1222 in a small fishing village in Chiba, Japan, Nichiren renounced his home life at the age of 16.

He had serious doubts about the fragmentation and internal strife within the Buddhist community and theories, and so he studied all the scriptures for over ten years in Hieizan Enryakuji Temple (Tendai-shu) and other places to seek the true spirit of Shakyamuni Buddha’s teachings.

At the time, it was difficult for Japanese Buddhists to have an accurate understanding of the history of the sutras in India and the historical background of the various schools. Therefore, his study was based on the systematic interpretation that had been established in China, where all the sutras were regarded as Shakyamuni’s direct teachings for more than 40 years.

Nichiren concluded that the Lotus Sutra was the most mature teaching to help individuals and society. It summarised the main points of all the sutras and reveals the ultimate truth that Shakyamuni Buddha shared. This is at the centre of the Buddhist faith.

In doing so, Nichiren placed himself in the orthodox lineage of the Tendai tradition, following  Zhiyi (AD538-597) and the Japanese Buddhist monk Saichō (AD767-822). Zhiyi was an outstanding Chinese monk who established a systematic interpretation with the Lotus Sutra placed as its centre. He is the founder of Chinese Tiantai (Tendai in Japanese pronunciation).

During that time, there were many natural disasters in various parts of the country such as earthquakes and volcanic eruptions. The world changed from an aristocratic to a warrior society and there were repeated wars and people suffered from famine and disease.

In these turbulent times, various religious sects had sprung up to help people and were widely spreading the teachings of the Buddha to the Japanese people. Nichiren, who also joined this movement, explained why, despite the flourishing of Buddhism, the world was still in the age of evil.

Based on the Lotus Sutra, Nichiren pointed out that it was wrong to look only at one part of Shakyamuni’s teachings, and said that there would be no peaceful world if we did not return to the root teachings, over the Pure Land, Zen and Esoteric Buddhism.

At the same time, Nichiren’s efforts to share the Lotus Sutra were met with opposition from other religious denominations and from a government that defended them. He was repeatedly persecuted.

While shocked by these events, he raised self-awareness as a practitioner of the Lotus Sutra in the truest sense because he underwent hardships when spreading its message. In the Lotus Sutra, it says that you will encounter opposition if you practice it as it reveals the ultimate teachings of Buddhism – and this is difficult to understand for many people. By encountering hardships, Nichiren recognised he was practising the Lotus Sutra as it should be taught.

This was described in chapter 13 of the Lotus Sutra. “Encouragement to Hold Firm”. He said: “If I, Nichiren, were not here, this verse would be a false prediction. […] Had there not been Nichiren, who would be the practitioner of the Lotus Sutra to prove the Buddha’s prediction? […] The words of the sutra correspond to me”. (Kaimoku-shō [Open Your Eyes to the Lotus Teaching]) From this time on, Nichiren became more aware of himself as a bodhisattva of the truest nature, Bodhisattva Superior Practice, rather than a Tendai priest.

It was around this time that he began to draw the Mandalas (representation of the universe through Buddhist teachings) and promote the practice of chanting O-daimoku.

Moved by Nichiren’s indomitable spirit and the warmth with which he treated his people, the number of devotees gradually increased.

In later years, Nichiren devoted himself to the education of his disciples, but on 13 October 1282 at the age of 61, he passed away. Nichiren’s wish was to create a better society based on the true Dharma, and for people to live in peace and happiness. This was made known by many of his disciples and has been passed on to the present day. 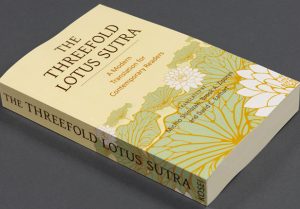 The faith of Nichiren Buddhism