Others Changed When I Tried to Change

This is a revision of the article, “Overseas Sangha,” published in the July 2014 issue of the Japanese-language monthly magazine Yakushin. 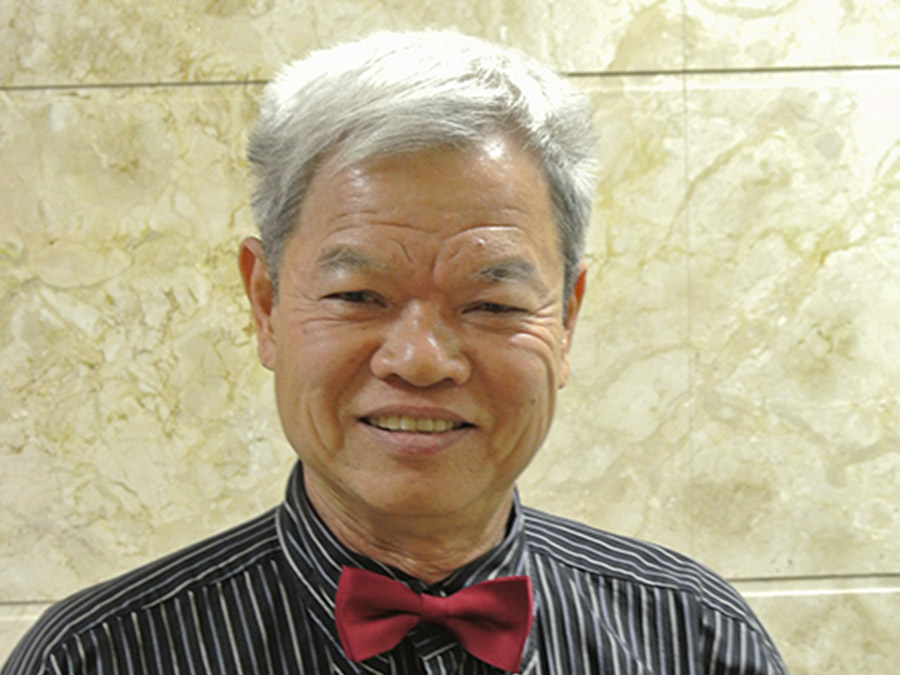 It was twenty-six years ago. I was invited by my friend to visit the house of Mr. Noritsugu Kurokawa and his wife, Kayoko. She was an area leader of the Bangkok branch at that time. There was a wonderful altar there that I had not everseen before. I was truly surprised and impressed to see the difference of the altar from the Thai style.

Ninety percent of Thailand’s population is Buddhist. They enshrine a buddha statue at their respective home altars, and they offer flowers, a couple of candles, and three sticks of incense to the statue. When they offer food, a small amount is usually offered as a matter of form. At Mr. Kurokawa’s altar, on the other hand, heaps of vegetables and fruits are dished up in addition toflowers of various colors. When I saw them, I felt that they were so beautiful and solemn that I theymade me feel the people’s reverence for the Buddha.

I joined Rissho Kosei-kai, wishing to learn Japanese Buddhism and participated in a Hozasession at Mr. Kurokawa’s home.

At that time, I was suffering from my relationship with my father. I had been living with my parentsand my brother’s family. I couldn’t forgive my father, who used to smoke without care in the presence of my niece and nephew. He neverstopped doing so, even though I asked him to again and again. Once I said to him, “Go outsideand smoke if you want to!” But he wouldn’t listen to me.

When I talked about that in the Hoza session, Mrs. Kurokawa said to me, “Why don’t you stop speaking to your father in such a strict manner?” However, I opposed her suggestion and said, “He would not stop smoking even if I tenderly askedhim to,” because I had strongly wished him to quit, taking the children and his own health into consideration. Mrs. Kurokawa said, “Your father is sixty-five years old, so it’s not sure how long he’ll be healthy. Please do your best to be filial to him as much as possible right now.” I was startled by her words and realized that I would not be able to stay with my father permanently.

Thereafter, I was blessed with an opportunity to visit the Great Sacred Hall in Tokyo. Founder Niwano stood on the stage at the ceremony and gave us guidance, saying, “Change yourself, and the other person will change.” Listening to his words, I could understand what Mrs. Kurokawa was trying to say in her guidance. I had been trying to change others without changing myself.

From then, whenever he began to smoke, I tried to change myself, saying, “I’ll take the children outside to play.” In addition, I started to greet my father on my own initiative, and all other family members also started to respect him. After a little while, to my surprise, he stopped smoking. When I reported it to Mrs. Kurokawa, she gave me the following words: “Because you changed your perspective, so did your father.” I was so impressed how wonderful it was to practice the Buddha’s teaching.

I have been practicing the teaching that “change yourself, and the other person will change” in the workplace, too. Most of the Thai people are by nature placid and easygoing. Their attitude is the same toward work, so as a boss I had often scolded my subordinates. After learning the teaching, however, I reflected on myself, and I changed my way of communicating with them. I started to as them kindly to do jobs, and not  just order them around. All of them looked surprised to see me change, and the atmosphere at workbecame very cheerful. More than anything else, I was felt happy to do my work.

Thanks to the Buddha, I retired last October. I would like to share the teachings with the local people from now on. 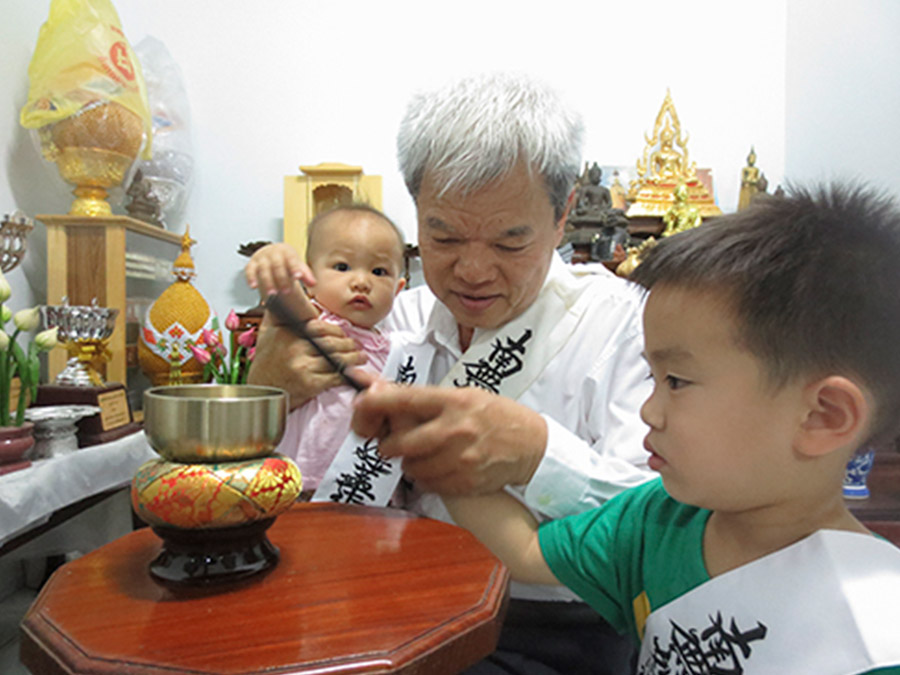 Mr. Phongsavaleeratana prays at his home altar with his nephew’s children living together.