My History of Joining and Being Active in Rissho Kosei-kai

This testimony was delivered at the Tainan Dharma Center during the ceremony for Shakyamuni’s Attainment of Buddha- hood on December 8, 2014. 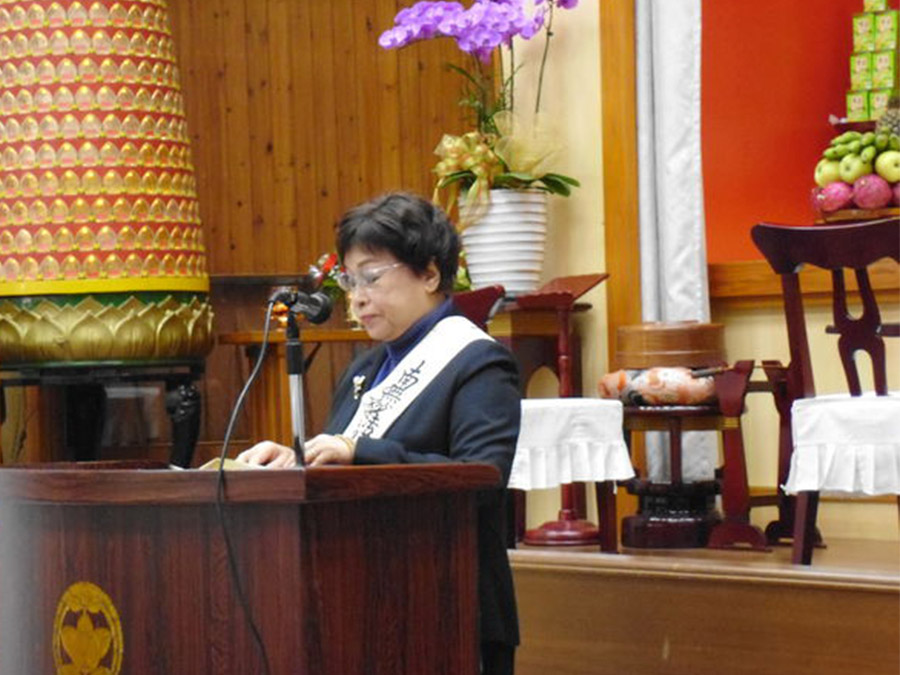 Ms. Li-Pin Kuo delivers her testimony at the Tainan Dharma Center during the ceremony for Shakyamuni’ s Attainment of Buddhahood.

Hello bodhisattvas. Today is the day of Shakyamuni’s Attainment of Buddhahood. Now, I would like to talk about the story of how I became a member of Rissho Kosei-kai.

In 1987, my husband suddenly passed away from a heart attack. He was fifty-two years old. So I was suddenly responsible for the management of his ironworks, without any process of having his duties transferred over to me.  In those days, when I received a phone call from our bank, I would cry from the stress and tension I was feeling. And whenever I received a phone call from a worker, I was also worried, wondering whether some trouble was about to begin. Back then, my eldest daughter was married, and my eldest son was in military service. My second son was called up for military service just one day before my husband’s death. My second daughter was still a student, so I couldn’t get any assistance from my children. A friend of mine helped me to apply for permission to delay my second son’s conscription for one year. I also asked for help from the company run by my eldest daughter’s husband and her mother and father in law, who own a company, and I obtained various kinds of assistance regarding my factory’s management. So I overcame my difficulties smoothly.

One day in 1983, two chapter leaders of Rissho Kosei-kai came to Tainan from Japan. One was Mrs. Matsuda, and I forgot the name of the other one. At that time, Ms. Chen-Jie Qui, a member of the Tainan Dharma Center, invited two Japanese chapter leaders to hold a hoza session at my aunt’s home.

I also heard about the teachings of Rissho Kosei-kai and I was impressed. It’s very wonderful to practice the Dharma while doing the housework. I felt so satisfied in my heart when listened to their talks, and I thought this was the right way for me to follow.

In 1983, the Tainan Dharma Center was established. In that year, I became a member of Rissho Kosei-kai, a lay Buddhist organization. Since then, I have applied myself to guiding people to the faith. It was my mother that I had guided to the faith first. At the time, my mother was over seventy years old, and I wondered if she would be convinced of the teaching of Rissho Kosei-kai. But she was a person of solid understanding, so she became a member. Later, I guided my sisters, children, grandchildren, great-grandchildren, and friends to the faith. I received Gohonzon in 1987, the guardian spirits in 1994, and the nyushin qualification (now Dharma teacher qualification) in 1995 at the headquarters of Rissho Kosei-kai, respectively.

Thirty-one years have passed since I became a member of Rissho Kosei-kai back in 1983. I strongly feel that the teachings bring us a great sense of comfort and support in terms of my own life and family and that the teachings also offer a great source of mental support. It’s entirely thanks to the Buddha’s protection that I am leading such a peaceful life today. To take care of people around us with a compassionate and thankful mind; that is the spirit of Rissho Kosei-kai. To build good relationships with people by changing our own hearts first. To strengthen our own faith in the teaching and to enhance our own dignity by undertaking such practices as guiding people to the faith, learning the teaching, and morning and evening sutra recitation. I would like to share the spirit of Rissho Kosei-kai with many people, wishing only for their happiness.

Because Founder Nikkyo Niwano established Rissho Kosei-kai, we can encounter the teaching of the Buddha. We are building good connections with others by putting the teaching into practice in our daily lives. I would like to conclude my religious testimony by expressing my gratitude to Rev. Li-Jin Tsai, minister of the Dharma center, for giving me an opportunity to share my process of joining Rissho Kosei-kai with the members of the Tainan Dharma Center. 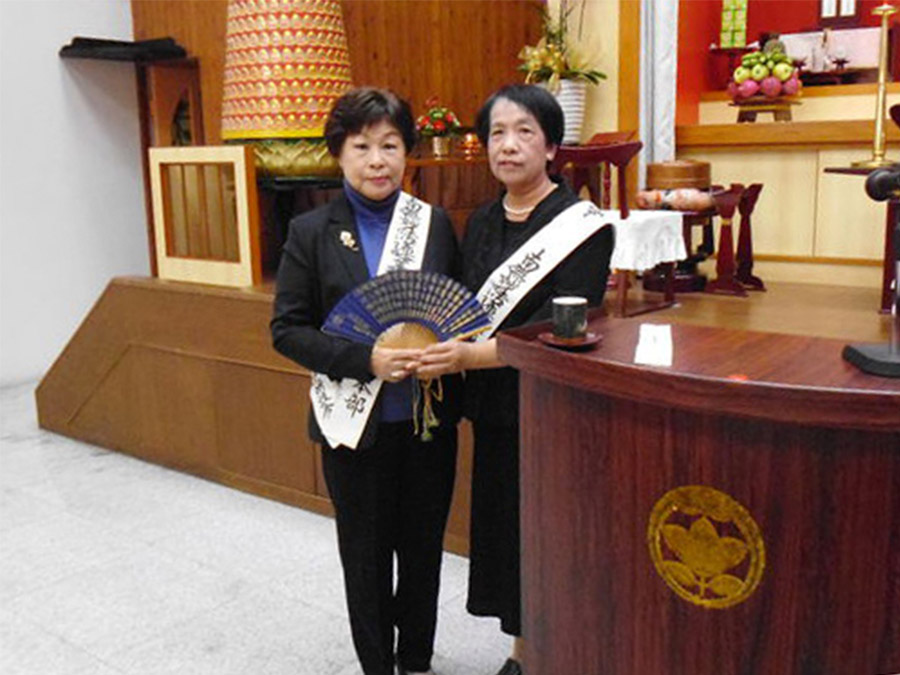