How the Teachings Taught Me Gratitude to My Family

This religious testimony was delivered during the ceremony for a Poya Day of observing the Buddhist precepts at the Sri Lanka Dharma Center on March 5, 2015. 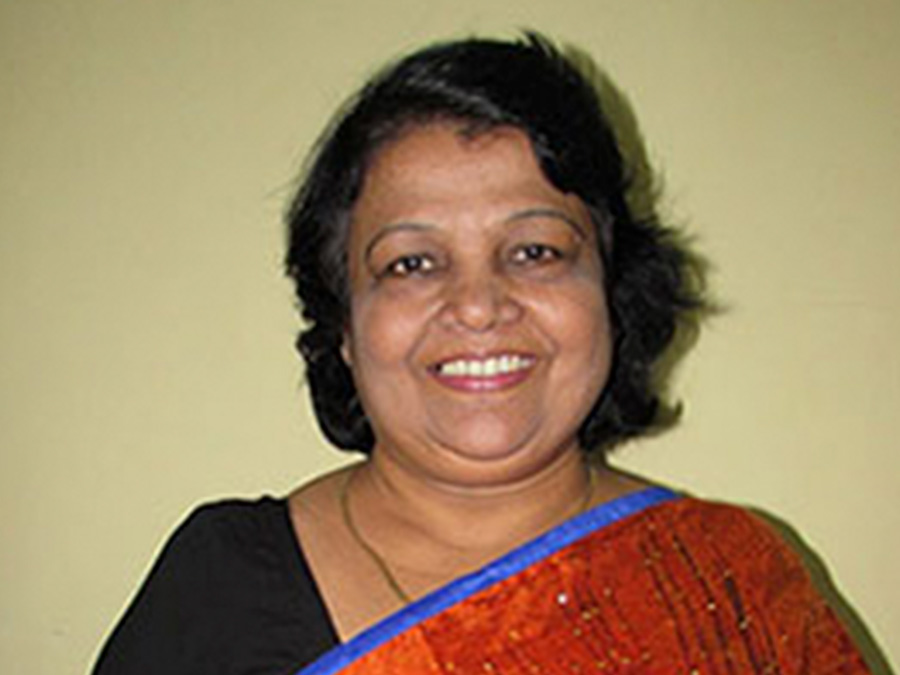 I was born in the city of Polonnaruwa in Sri Lanka on January 5, 1961. I have eight family members–my mother and father, three elder brothers, an elder sister, and a younger sister. My father had been a village mayor and had supported our family by cultivating rice. My mother had been a housewife and taken care of our family as hard as she could. Our family was all living together in harmony. My father was proud of living without debts. He loved me very much.
My father had lent a room of our house to a man. The man had rented the room in order to work in Polonnaruwa. When my father became sick, he had looked after my father with tender care. I was charmed by that kind man and married him on September 5, 1980. I have been living with my husband since then.
He is from the city of Anuradhapura and was in charge of a warehouse owned by a semi-governmental corporation that built houses for the needy in Polonnaruwa. My father had been sick for about a year before my marriage, and my husband had taken care of my father very well. My father liked him so much.
My father was delighted at my marriage from the bottom of his heart. He transferred his house to me and gave me his rice fields. Three months later, he died of a heart attack.
After our marriage, my husband changed his job and started working for a company that produces and distributes cashew nuts in the eastern part of Sri Lanka. It was, however, the conflict area in civil war, so he had to quit his job due to the danger of terrorism. He returned to Polonnaruwa and got a job as a secretary to a government official.
Our son was born in 1982, and our daughter was born in 1984. During that time, my husband’s stable income allowed us to build a large house in the city of Polonnaruwa. We also had a small house. In addition, we had yet another small house, in the city of Anuradhapura, where my husband was born, which we had substantially rebuilt. During the period of twelve years we lived in Polonnaruwa, we owned four houses, including one given by my father.
However, by that time, we were hoping to move to Colombo, former capital city of the country, to provide our children with a better education. Our minds were occupied with this wish for them. We sold our large house and gave one of the small ones to one of our maids, whose family did not have a house. We also gave away the house given by our father to our elder brother, and donated the rice fields to a local temple. We transferred the house in Anuradhapura to my husband’s mother. In spite of the opposition of our parents and siblings, we moved to Colombo in 1992. My husband started to work for a shipping company, and the salary was better than the one he used to earn in Anuradhapura.
Some time later, he was advised to go to Japan to work. We thought he could earn more in Japan, and thus we borrowed a lot of money for the traveling expenses to Japan. In 1996, he went to Japan. However, he lost his job two months after his arrival. I had to send money to him from Sri Lanka for his living expenses in Japan. So we had to borrow more money. 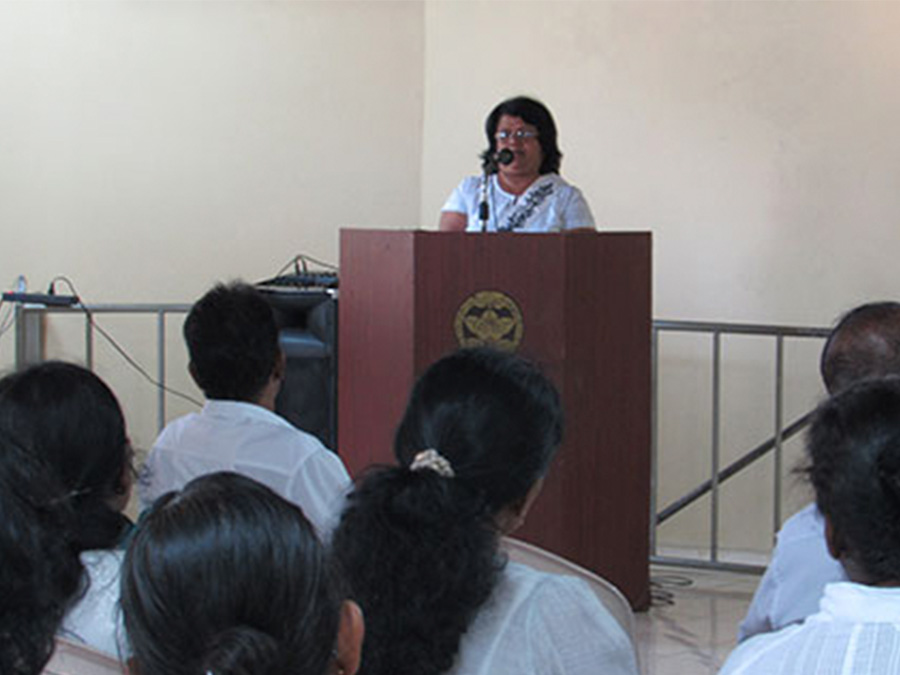 Ms. Dhammi Ranasingha delivers her religious testimony during the ceremony for a Poya Day of observing the precepts at the Sri Lanka Dharma Center. 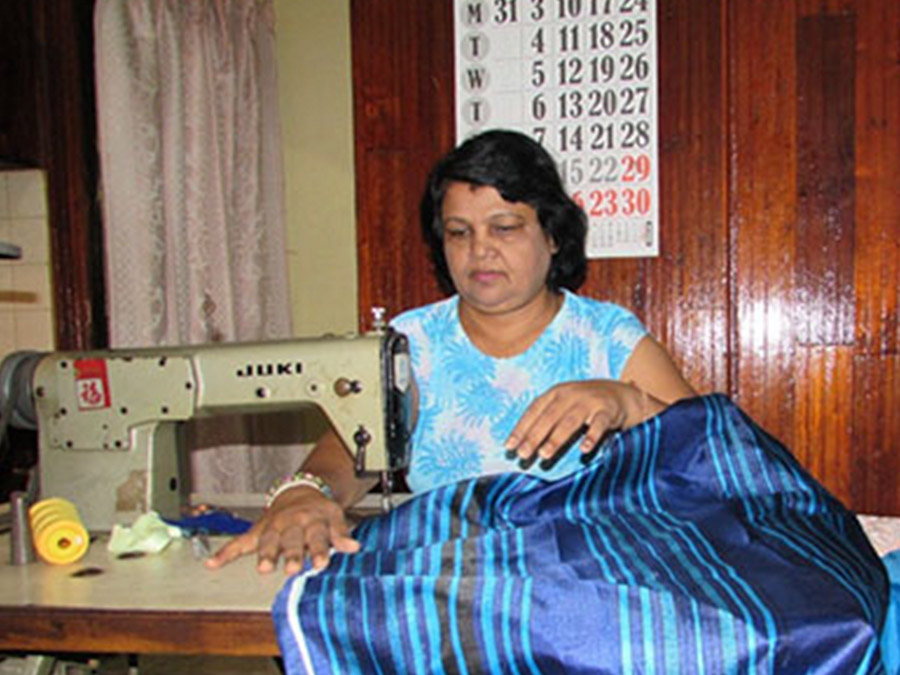