How the Encounter with the Dharma Changed My Life

This Dharma experience speech was delivered at the Great Sacred Hall in Tokyo during the World Sangha Assembly 2016 on May 29, 2016. 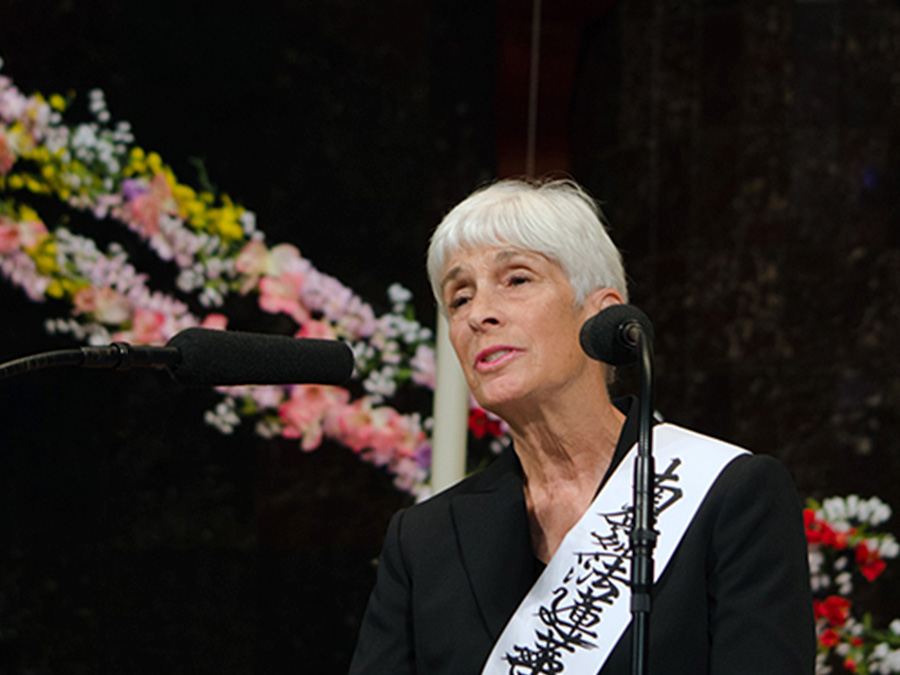 Ms. Mary Sigman delivers her Dharma experience speech at the Great Sacred Hall in Tokyo during the World Sangha Assembly 2016.

I am the leader of the Fort Myers Group in Florida, which is part of New York Dharma Center. My life partner, Jerry, totally supports me. My heart is full of gratitude.

I was born in March, 1948. Since I was adopted by my parents immediately after birth from a Catholic orphanage, I don’t know the details about my birth. Later on, my parents adopted a boy, so I had my younger brother.

We were raised in the Catholic faith, and our parents always told us, “You were specially chosen to be our children.” We grew up feeling confident we were loved.

However, when I was ten years old, I realized that my mother was an alcoholic.

Alcohol made my mother into a very different person. When friends came to play at our home, she would laugh for no reason and act irrationally. At first I was embarrassed, but eventually I started to feel afraid. She began to be physically abusive to my father and brother. She hurt me with her verbal abuse.

Later on, my mother died from alcohol abuse at the age of sixty-five.

A few years later, my brother and then my father died due to illness. In my heart there was a huge hole of emptiness.

At the time I was living in the suburbs of Chicago, and taught kindergarten in Chicago public schools for thirty-four years. During almost twenty years of my teaching career, I drove by the Chicago chapter every day, but did not know it existed.

One particular day, while stopped at a red light, I saw their sign and became aware it was a Buddhist Center.

Being a yoga teacher as well, I was interested in Buddhism so I visited the center. The chapter leader, Mrs. Kayo Murakami, and the members warmly welcomed me. Every time I visited, I enjoyed the solemn and calming ritual.

I felt my heart being purified in the sutra recitation. My favorite verse in the Kyoten is

“To ever dwell in the city of nirvana, / And to be peaceful with a clear heart, / You must recite the Great Vehicle sutras / And bring the mother of bodhisattvas to mind.”

At the time, I didn’t understand these words, but “the mental state of nirvana,” “peaceful mind,” “to recite the Great Vehicle sutra,” and “to acquire compassionate heart” were concepts that naturally resonated in my heart.

Thereafter, a service for my mother was held. I began to realize the mystery of my existence here and now. I now chanted my morning and evening recitation with a deeper feeling.

I became aware that I wanted to cleanse my heart, which could not respect my mother because she had hurt me for so long. And I thought, “She always did the best she could.” My attitude towards my mother drastically changed.

Since then, I retired from my job and moved to Fort Myers, Florida. My spiritual journey continues.

There was no member in Fort Myers when I started, so I tried to guide one by one. The membership grew gradually and we now have twenty-one members. Every Sunday we have hoza,or Dharma circle, and study session. Our Sangha members respect each other, and we are like a family.

In the past, if someone was sharing their suffering in hoza, the other members, with their loving desire to support, would offer advice through their own knowledge and experience, rather than share the teachings of Buddhism.

Two years ago, a leadership training at the New York Center was held. One of the sessions was on hoza leaders’ training.

For me, it was the first time to receive training on how to be a hoza leader. Hoza is the lifeblood of Rissho Kosei-kai. It is where people are actually liberated from their sufferings. It is where people become awakened to the Truth, learn from one another how to practice as bodhisattvas. It is the Buddha that actually liberates the people, but I learned it is important as hoza leader to listen deeply and become one with the person who is suffering.

I do my best to listen to their story without judgment, try to understand the person better, and deepen our connection.

I was able to comprehend that when someone who is suffering is able to completely share his story, he will come to the realization that the cause of the suffering lies within himself, and that it is he who can liberate himself from that suffering.

What was taught in the hoza leaders’ training was also applicable to the Fort Myers members who, as typical Americans, like to immediately give advice to others. Our hoza sessions changed. It became a place to learn from one another.

Ms. A has a son who suffers from mental illness, and has struggled for a very long time. One day, during hoza, she spoke at length about her suffering. This was not the first time I heard what she is going through, but this time, I just listened deeply to her pain. At the end of her story, she looked very tired and announced, “I will not be coming here for a while.”

When she said that she is at the point of not believing in religion any more, I felt her anguish and it touched my heart.

With my belief in her and in the Buddha, I said, “Ms. A, we will be very sorry not to see you, but will always be thinking of you. Whenever you want to see us, please come here.” In my heart, however, I was feeling a bit sad.

To my surprise, on the next day, I received a wonderful e-mail saying, “I changed my mind. I love everyone in the Sangha. I will still come on Sundays.”

She had taken one step toward liberation. Through deep attentive listening, I started to see Ms. A’s buddha nature that wished to be liberated from suffering.

Not long after this incident, Rev. Etsuko Fujita, minister of the New York Dharma Center, came to Fort Myers on a missionary trip. She spoke warmly to Ms. A and said, “As we live, there are happy times and times we have to face hardships and problems. Everything in life is a vehicle to help us attain buddhahood. I would like to hear more so I can understand you better.”

Then, Ms. A started to talk about her own life. She spoke frankly of the tremendous struggles she had in dealing with her son’s mental illness.

And she started to share details that we had never heard before.

She said, “Before my encounter with Rissho Kosei-kai, I was critical of others looking down on them. But the teaching of Rissho Kosei-kai is different. It is not about judging people or changing people. My son’s illness gave me an opportunity to raise my awareness. He taught me to see people as they are. He planted seeds of kindness and compassion in my heart, as I tried to respect others and understand their point of view.”

And Ms. A continues her story.

“Then, I started to see my husband’s tremendous value. To this day, my husband never abandoned our son and continues to believe in him. As the father, he gives his utmost to protect the family. He is very strong and truly reliable.”

I was so amazed and moved by Ms. A’s remarkable acceptance of the way things are. I could feel the candle in her heart had already been lit by the Dharma. How wonderful! I wept with joy because we are family. I felt that we are one; that we are both caused to live by the same life force.

Because I encountered Rissho Kosei-kai and the teachings of Buddhism, I was able to realize that my birth parents (who gave me life on this earth) and my adoptive parents (who valued that life and raised me) all lived and were caused to live by the same life force of the Buddha. At present, I am deeply moved and full of gratitude. 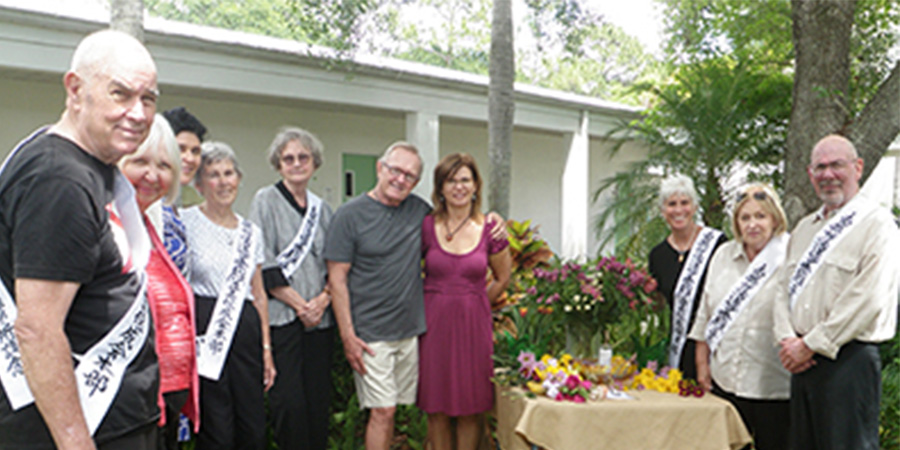