How My Painful Past Experience Became a Priceless Treasure

The following is the translation of an article first published in the September 2014 issue of the Japanese-language monthly magazine, Yakushin, and it was supplemented for the publication in this edition of Living the Lotus. 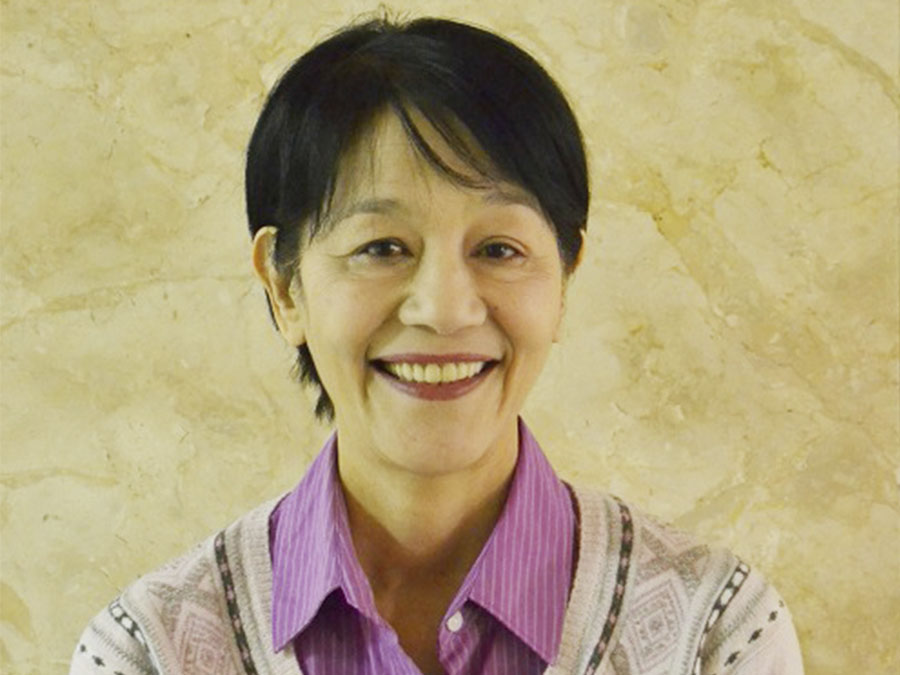 I was born of mixed parentage, my father being Filipino and my mother Japanese. I grew up in Japan, living there until I was seventeen years old. Because my father had retired from the service, my family decided to move to Hawaii. At that time, I had passed a Japanese university entrance exam and was looking forward to starting a new campus life, but my parents said, “Because you are a girl, we can’t leave you alone in Japan,” and they didn’t agree to my staying to live in Japan. From the time I came to Hawaii, I felt that I had been denied the life I of which had been dreaming, and I started to rebel against my parents. I held on to my anger, which stemmed from my feeling that I had been forced to come to Hawaii, along with the family. Since my father was a serviceman and away from out of home, my anger was directed solely at my mother. Sometimes I went on a hunger strike and, whenever I had an opportunity, I resisted her, again and again. With the way I was behaving, my heart felt empty.

I entered college in Hawaii but eventually droppedout. I got married at twenty, gave birth at twenty-one, and then divorced. My situation may have changed but no matter what I tried, I was never able to fill the emptiness in my heart that I had first felt when I was seventeen years old. My mind was destabilized, and I spent every day feeling depressed.

One day, I was suddenly struck with the idea ofvisiting Rissho Kosei-kai of Hawaii. When I was in Japan, my mother, who used to practice the Dharma at the Yokohaka Dharma Center, would take me to the center, where I would pray. However, after coming to Hawaii, even though my mother served as a chapter leader, I never wanted to visit the Dharma center. This time, though, I wanted to go and visit the center by myself.

I took a bus alone and visited the center without an appointment; but Rev. Shuichi Masuda, a minister of the Hawaii Dharma Center, welcomed me warmly. He silently listened to me tell him about my loneliness, which I was unable to curefrom the time I was seventeen. This attitude of Rev. Masuda gave me a sense of great ease, and I felt that he understood my suffering. The joy of the fact that someone understood still remains deep within me.

After Rev. Masuda listened to me for about two hours, he gave me a book, saying, “Please read one chapter of this book and come back here tomorrow.” The book was Buddhism for Todaywritten by Nikkyo Niwano, the founder of Rissho Kosei-kai. The next day, I visited the center again, and he explained to me the content of the chapter that I had read. The kind of Buddhism that I was learning for the first time was a lot of fun, and I wanted to learn more and to hear more lectures. Of all his lectures, I was most impressed to hear him say, “In the case of social dancing, if the floor is so polished that the surface is too smooth and slippery for people’s shoes, dancers won’t be able to perform well. This is also true of life: The bumps are what lead us to growth.” Those wordsstill remain deep in my heart. Above all, I liked Rev. Masuda’s affable character and attitude oflistening attentively, and I visited the center every day. I learned one chapter per day, and when I noticed I went there every day for one month. Encountering the teachings, even though I still felt some emptiness in my heart, I felt that I was getting a new start in life.

Ten-odd years later, when I was appointed as a chapter leader for the Japanese group in 1998, my son became seventeen, and he ran into some troubles (Please don’t change here) As soon as I heard the news, I felt this was the guidance from the Buddha. It was because my son’s age—seventeen—was the same as mine when I came to Hawaii. As his mother, I never thought of blaming him. Instead, I worried about him. And as his mother, I went through many hardships because I wanted him to straighten up.

No matter what her children do, a mother’s first greatest wish is her children to be happy, and toalways be able to love them. I thought I understood this theoretically, but the incidentmade me aware of something. As a mother, my thought of my child was the same as my mother had about me. I thought that, by using my son, the Buddha caused this incident out of His compassion, in order to make me aware of what my mother had thought.

I suppose that my mother had suffered a lot because of me, a daughter who had rebelled against her in so many ways when my family moved here to Hawaii. However, when I was able to think of how my mother had prayed for my happiness and tried to do her best for the family, I felt my heart was freed. It was “liberation” as in the Member’s Vow of Rissho Kosei-kai. Because I was able to feel release in my heart from my former experience, I was content and free of the emptiness in my heart which I had felt when I was seventeen years old.

After my son’s incidents, (Please don’t change here) a member of my chapter had a problem with a child. Through the encounter with this a child and the parents, I recognized anew that my experiences of past sufferings (from both the standpoint of child and parent) are my treasures.

I still have “Tuesday hoza” with young mothers once a week. Regardless of whether they are members or non-members, people who have various kinds of problems come to join in. I want to share what I have experienced and learned with as many people as possible. I have a deep sense of gratitude for the people who have watched over and loved me. 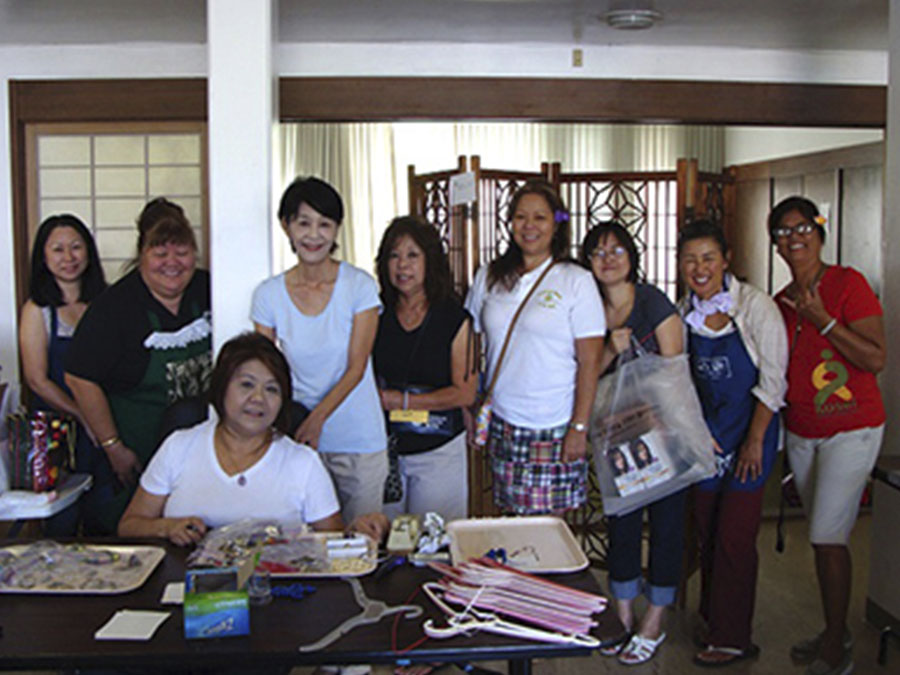 Ms. Laura (fourth from left) and other leaders prepare a bazaar at the Hawaii Dharma Center.