This Dharma Sharing (Spiritual Journey) was presented at the Sunday service, held at the Oklahoma Dharma Center. 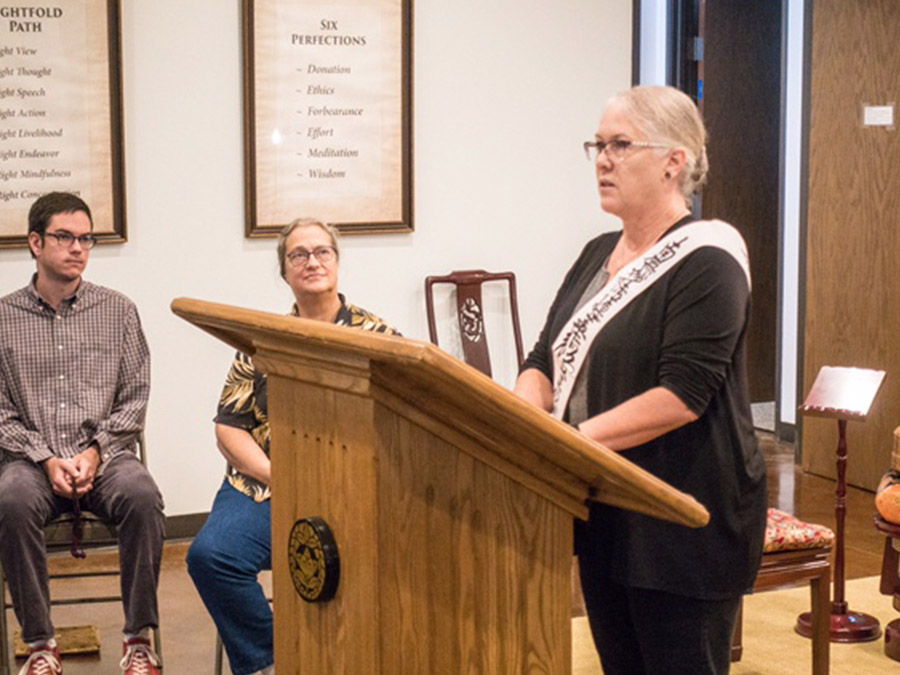 Ms. Jordan plays a shakuhachi (bamboo flute) at a farewell party for the participants in the Dharma Training Seminar for Leaders, in Tokyo, on July 22, 2017.

I became a member of the Oklahoma Dharma Center in 2002. My first visit to the Dharma center was to participate in a class that a friend of mine was teaching on how to play the didgeridoo (a wind instrument developed by Aboriginal Australians) for meditation. At the end of the evening, Rev. Kris Ladusau, minister of the Oklahoma Dharma Center,gave me a tour of the Dharma center and gave me a copy of the book Invisible Eyelashes by Founder Nikkyo Niwano. I went home and read it in one sitting and realized there really was a name for how I had tried to live my life, and that was Rissho Kosei-kai Buddhism.

I had not been to a religious service of any kind since I was thirteen years old and here I was at forty-eight, feeling as though I had always known these teachings. As a child, I was taught to put my hands together to pray to make sure that all family members would stay well. I was always scared that if I forgot someone’s name during prayer, the personmight die. This was traumatic to me. When I first came to the Dharma center, I could not put my hands in gassho. It was after my trip to Tokyo in2006, participating in a group pilgrimage (dansan) to Rissho Kosei-kai’s headquarters, that I was finally able to place my hands together without any fear.

From the very first time I came to the Dharma center, I felt like I was home. That feeling has never gone away. For the first time in my life, I had a Path to follow. Growing up, if there were any difficulties in my family, I never had a way to work through them. Now, I have learned Dharma skills to help me.

My father and I never related well to each other. He was a very racist man and was publically vocal about it, which always caused problems between us. He was also verbally abusive to my mother. When he became ill, I was able to rely on the teachings of the Dharma to help me be there for him. I held his hand and chanted the dharanis for him as he was dying.

My mother’s dementia progressed rapidly after he passed. I was primary caretaker for her. My practice of the teachings helped me cope with the death of my parents. Earlier in my life, when stressful situations occurred, I would turn to alcohol to cope. I no longer needed the alcohol because my practice was my support.

My life is better now than it has ever been. Because of Rissho Kosei-kai, I have had opportunities to travel and learn that I would never have had any other way. My life is filled with overwhelming gratitude.

I am so grateful that my sangha has always been there for me through all the changes in my life, especially during the years that I cared for my parents.

From the very beginning of joining the Dharma center, I had made the decision to go as far in the studies and training as possible. I am very excited to participate in the upcoming Dharma Training Seminar for Leaders for 2017 and 2018, which will be held at the Tokyo headquarters. I love going to Japan. It feels like a second home to me. 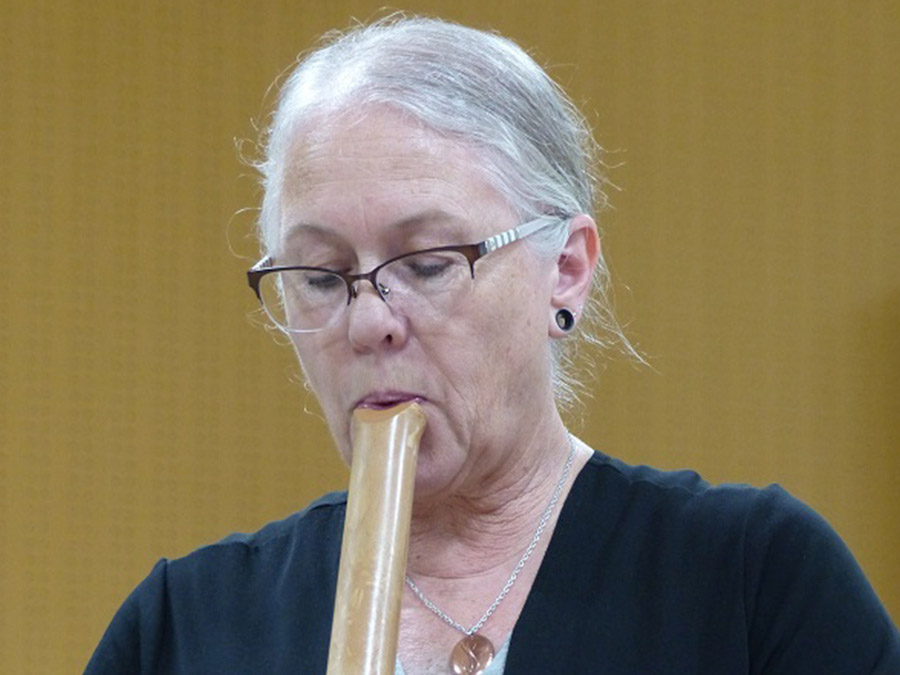