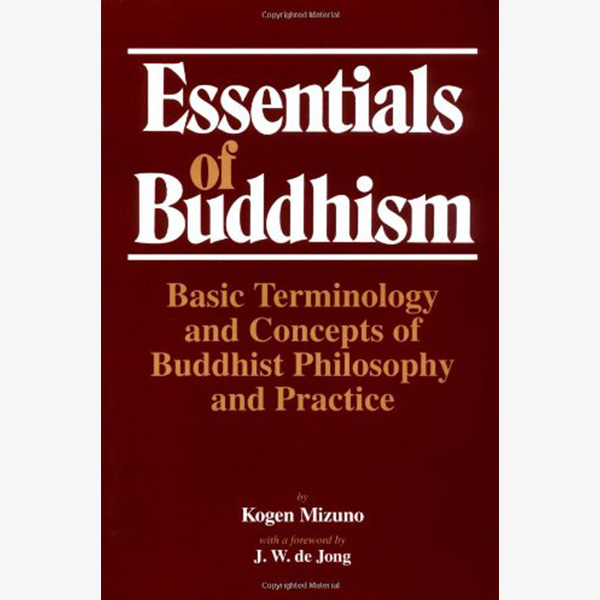 The centuries following the Buddha’s death around 480 B.C.E. saw a proliferation of schools that expanded his teachings about the cause of suffering and the way to extinguishment, or enlightenment, into a weighty canon of doctrinal embellishment and exegesis. In Essentials of Buddhism, Kogen Mizuno, one of Japan’s most distinguished Buddhologists, provides a detailed guide to the evolution of the major forms of Buddhism and to their basic terminology and concepts. The book’s eight chapters, supplemented by numerous charts, elucidate the principal branches of Buddhism, the Three Treasures, the elements of existence, the Seals of the Dharma, dependent origination, the Four Noble Truths, religious practice and the defilements. The most comprehensive work of its kind, Essentials of Buddhism addresses practice as well as theory. The author constantly underscores the fact that Buddhism is a living religion whose concepts form the matrix for all-important personal practice. As he states in his preface, ‘Buddhism is not merely a field of academic inquiry; it is a living religion of faith and practice whose way is personal experience and whose goal is supreme enlightenment’.

Kogen Mizuno, Litt.D., one of Japan’s foremost scholars of Buddhism and an authority on Pali texts, was president of Komazawa University, where he also taught Buddhology. His other works in English include Basic Buddhist Concepts, The Beginnings of Buddhism and Buddhist Sutras: Origin, Development, Transmission.

J. W. DE JONG, Ph.D., professor emeritus of The Australian National University, is a leading scholar in the field of Indian and Buddhist studies.