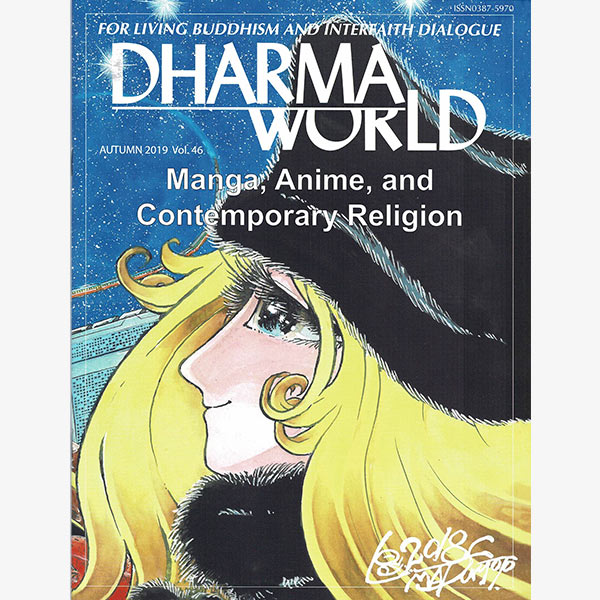 Manga (comics) and anime (animation) are an integral part of the Japanese contemporary pop culture, and they have a multitude of fans, especially among the youth, both in Japan and internationally. Among the devoted anime fans are many who attend events featuring popular anime characters and seek pleasure in wearing costumes of their favourite characters for exhilaration and self-identification. There are even anime pilgrimage spots all over Japan, many of which are locations where the stories take place.

There are a number of religiously themed manga and anime. According to some researchers, these manga and anime can be roughly classified into four categories: 1) manga and anime that explain religious doctrines or portray the lives of important religious figures; 2) those whose stories take place at religious sites, such as temples and shrines; 3) works that take up problems related to religions; and 4) compositions that deal with life and death and exhibit or inspire interest in spirituality. Some argue that manga and anime perform a role that religion has actively played in the past in helping people to establish a sense of existence and to connect them to the world.

Dharma World will explore the relationship between manga and anime and contemporary religion, and we will consider the roles that they are playing in enhancing people’s lives.

“Translating” the Lotus Sutra in the University Classroom (Aaron P. Proffitt)
Given the Gift of Life and Sustained by the Buddha (Dominick Scarangello)
Because We Are Different (Nichiko Niwano)
The Third Shift: The Long Journey to Unite Humanity and Heal Our Woundedness (The thirty-sixth Niwano Peace Prize acceptance address by John Paul Lederach)
Following Days (Nikkyo Niwano)
THE THREEFOLD LOTUS SUTRA: A MODERN COMMENTARY
The Sutra of the Lotus Flower of the Wonderful Law
Chapter 27: The Story of King Resplendent